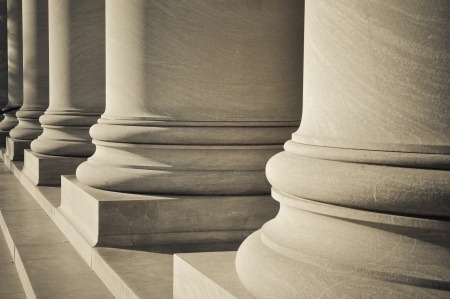 Have you suffered losses investing in AR Global? If so, the attorneys at The White Law Group may be able to help you recover your losses by filing a FINRA Arbitration claim against the brokerage firm that sold you the investment.

RCS Creditor Trust, a group of unsecured RCS Capital Corp. (RCAP) investors, filed a lawsuit last week in the Delaware Chancery Court alleging that founder Nick Schorsch and his AR Capital partners “looted” the company at the expense of its investors.

Several affiliated companies are named in the lawsuit as well as executives William Kahane, Edward Michael Weil, Peter Budko and Brian Block. Block, the ex-chief financial officer of former RCAP-affiliate American Realty Capital Properties, is awaiting trial in Pennsylvania for conspiracy, securities fraud, and other charges for his alleged role in the 2014 accounting scandal that nearly brought down the company.

The complaint states that the defendants “raised hundreds of millions of dollars in public stakeholder investments, then caused RCAP to operate unprofitably for AR Capital’s benefit, and to make boldly imprudent investments that served only AR Capital’s interests.”

The suit alleges “This abuse, together with the foreseeable impact of financial fraud they perpetrated at an affiliated entity, was so severe that after less than three years RCAP declared bankruptcy, having lost nearly $1 billion in investors’ money.”

The lawsuit claims that Schorsch and his AR Global partners, “exercised virtually unfettered power, which they exploited to loot RCAP for AR Capital’s benefit by shifting the cost of raising investments to RCAP, while keeping virtually all of the profits generated by those investments for themselves.”

Schorsch blocked attempts by the independent directors to negotiate superior deals with third parties to avoid bankruptcy, according to the lawsuit.

“Stockholder value has been wiped out, and creditors owed more than $250 million stand to collect little beyond the proceeds of this litigation. Meanwhile, the defendants have collected and continue to reap hundreds of millions of dollars in ongoing fees, all resulting from investments procured by RCAP. A large portion of those profits fairly belong to RCAP,” the complaint states.

The lawsuit allegations include breaches of fiduciary duty and corporate waste, with plaintiffs demanding the imposition of a constructive trust to recover unjustly gained proceeds from the businesses named in the complaint, as well as an accounting and damages.

RCAP’s bankruptcy was confirmed by Judge Mary Walrath of the U.S. Bankruptcy Court in Delaware in May 2016.

The White Law Group is investigating the liability that brokerage firms may have for recommending high risk alternative investments like AR Global.

Brokerage firms that sell such products are required to perform adequate due diligence on the investments to ensure a reasonable likelihood of success. They must evaluate whether the investments are suitable in light of the client’s age, net worth, investment experience, and investment objectives.  Firms that fail to perform adequate due diligence, or that make unsuitable recommendations, can be held responsible for losses in a FINRA arbitration claim.

If you suffered losses investing in AR Global and would like a free consultation with a securities attorney, please call The White Law Group at 888-637-5510.