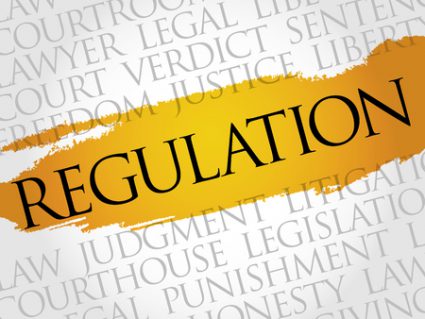 According to an announcement today, the Financial Industry Regulatory Authority (FINRA) has filed a complaint against Timothy Ayre of Agawam, Massachusetts, charging him with securities fraud and the unlawful distribution of an unregistered cryptocurrency security called HempCoin. This case reportedly represents FINRA’s first disciplinary action involving cryptocurrencies.

In the complaint, FINRA alleges that, from January 2013 through October 2016, Ayre attempted to entice public investment in Rocky Mountain Ayre, Inc. (RMTN), his public company, by issuing and selling HempCoin.

Ayre reportedly made claims that HempCoin is “the first minable coin backed by marketable securities” and allegedly made fraudulent statements about RMTN’s business and finances. RMTN was quoted on the Pink Market of OTC Markets Group and traded over the counter.

FINRA also alleges that in June 2015, Ayre bought the rights to HempCoin and repackaged it as a security backed by RMTN common stock. Ayre purportedly marketed HempCoin as “the world’s first currency to represent equity ownership” in a publicly traded company and promised investors that each coin was equivalent to 0.10 shares of RMTN common stock, according to the complaint.

FINRA charges Ayre with the unlawful distribution of an unregistered security because he allegedly never registered HempCoin and no exemption to registration apparently applied.

Investors reportedly mined more than 81 million HempCoin securities through the end of 2017 and bought and sold the security on two cryptocurrency exchanges.

Further, from January 2013 through October 2016, Ayre allegedly defrauded investors in RMTN by making materially false statements and omissions regarding the nature of RMTN’s business.

He also purportedly failed to disclose his creation and unlawful distribution of HempCoin, and reportedly made several false and misleading statements in RMTN’s financial statements.

According to his FINRA BrokerCheck report, Ayer was registered with Spencer Edwards in Agwarm, MA from May 2013 until he was fired in March 2016 for “Failure to disclose outside business activities, failure to disclose private securities transactions, possible misrepresentation of facts related to statement concerning securitization of assets by a public company for which Mr. Ayre was the President, which he never disclosed to Spencer Edwards, Inc. or on his form U-4.”

Brokerage firms are required to perform due diligence on any offering they recommend and to ensure that all recommendations made are suitable in light of the client’s age, investment experience, net worth, income, and investment objectives.

If a firm fails to perform due diligence or makes an unsuitable recommendation, the broker-dealer can be held responsible for any losses in a FINRA arbitration claim.

FINRA can help resolve problems and disputes through two non-judicial proceedings: arbitration and mediation. FINRA’s Dispute Resolution forum handles nearly all of the securities-related arbitrations and mediations in the United States.

If you have concerns regarding your investment with Timothy Ayer and HempCoin and would like to speak with a securities attorney about your options, please call The White Law Group at 888-637-5510.