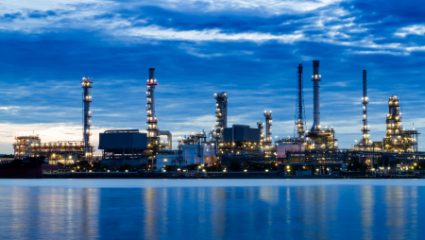 Have you suffered losses investing in American Energy Permian Basin Bonds? If so, The White Law Group may be able to help.

American Energy Partners (AEP) laid off 100 workers and then shut down in May 2016, according to reports.

AEP was established by Chesapeake Energy co-founder Aubrey McClendon in 2003. McClendon died in March after his 2013 Tahoe crashed into a bridge embankment, barely a day after he was indicted by the U.S. Department of Justice on charges of conspiring to rig bids for the purchase of oil and natural gas leases.

The indictment alleged that McClendon “orchestrated” a conspiracy between “two large” oil and gas companies from December 2007 to March 2012 to collaborate on bids for oil and gas leases in northwest Oklahoma.

McClendon also allegedly instructed his subordinates to execute the conspiratorial agreement, including withdrawing bids on leases and agreeing on how the stakes in the leases would be divided between the two firms.

A lawsuit filed in March indicated that Oklahoma-based SandRidge Energy was the company McClendon allegedly collaborated with. For more information on The White Law Group’s investigation of SandRidge Energy, click here.

High-yield bonds—also called non-investment-grade bonds, speculative-grade bonds, or junk bonds—are bonds that are rated below investment grade, typically ‘BB’ or lower by Standard & Poor’s and ‘Ba’ or lower by Moody’s. They pay high yields to bondholders because the borrowers credit ratings are less than pristine, making it difficult for them to acquire capital at an inexpensive cost. Junk bonds carry an above average risk that the issuer will default on the bond. The increased risk makes them arguably unsuitable for many investors.

Brokerage firms that sell such products are required to perform adequate due diligence on the investments to ensure a reasonable likelihood of success, and to evaluate whether the investments are suitable in light of the client’s age, net worth, investment experience, and investment objectives.  Firms that fail to perform adequate due diligence, or that make unsuitable recommendations, can be held responsible for losses in a FINRA arbitration claim.

If you suffered losses investing in American Energy Permian Basin bonds and would like a free consultation with a securities attorney, please call The White Law Group at 888-637-5510.