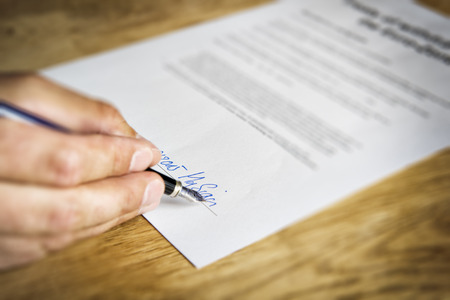 According to a press announcement on July 24, the Securities and Exchange Commission (SEC) says it has charged former broker Mark Hopkins of Grand Blanc, Michigan with allegedly stealing more than $1 million from clients.

The complaint does not include the name of the brokerage but states that it allegedly became aware in July 2018 that a check from a married couple’s brokerage account wasn’t sent directly to them but to the credit union, the SEC says. The brokerage allegedly told Hopkins to return the funds directly to the couple, according to the complaint. In August 2018, Hopkins allegedly presented the investors with a falsified cashier’s check for $400,000, telling them that the brokerage wanted him to return the money to them, but recommended that they keep it in the credit union, the regulator said.

The complaint further states that the investors allegedly agreed to keep the money in the purported program because they trusted Hopkins and reportedly signed a document that falsely stated that Hopkins had repaid them the money, according to the complaint.

When the investors eventually became suspicious, Hopkins allegedly quit responding to their requests and never returned the money, according to the regulator.

Hopkins was reportedly registered with American Portfolios Financial Services in Grand Blanc, Michigan from 2009 until 2018, when he was permitted to resign, after allegations, according to his FINRA BrokerCheck profile. Hopkins reportedly “accepted customer funds for an investment not on the books of the [broker-dealer] without obtaining pre-approval,” and purportedly failed “to update outside business activities and report judgment,” according to FINRA. FINRA reportedly barred Hopkins from working in the securities industry in May 2019 after he allegedly refused to provide information requested by FINRA.

The White Law Group is investigating  potential securities claims involving former financial advisor Mark Hopkins and the liability that his employers may have for failure to properly supervise him.

We represent investors in FINRA arbitration claims in all 50 states, including Michigan. If you are concerned about your investments with Mark Hopkins, you may be able to file a complaint against your brokerage firm. Please call the securities fraud attorneys at The White Law Group at 888-637-5510 for a free consultation.