Puerto Rico COFINA Bond Dispute to be Decided in December 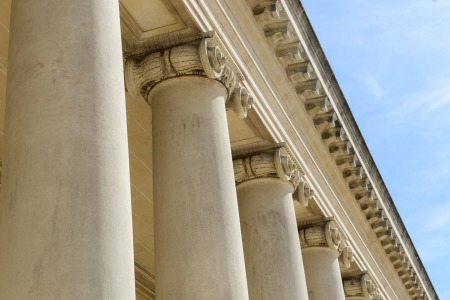 According to reports,  the federal judge overseeing Puerto Rico’s landmark insolvency proceedings is working toward a consensual plan to settle a key creditor dispute over liens on the territory’s sales tax revenues before the end of the year, approving the appointment of agents to represent competing bondholders at a hearing August 9.

COFINA bonds have been falling in price since U.S. District Judge Laura Taylor Swain was appointed to preside over the bankruptcy-like proceedings initiated in early May.

On May 30, the Judge Swain ordered a trustee not to make a $16 million interest payment to Puerto Rico COFINA bondholders. Even though Puerto Rico had defaulted on millions worth of bonds, the COFINA bonds had somehow managed to stay current.

The stay on interest payments allows the competing claims of owners of the general obligation bonds (GO Bonds) to be litigated, according to reports.

Many of the bonds have already suffered substantial losses.

The dispute over whether pledged COFINA revenues can be used to satisfy the commonwealth’s general debt obligations is slated to be resolved by Dec. 15 under a method recently agreed to by opposing groups of creditors.

The unsecured creditors committee will represent the commonwealth, under the motion approved by U.S. District Judge Swain. COFINA’s creditors will appoint their own agent to fight over whether the revenues pledged to secure more than $17 billion worth of COFINA bonds can be considered property of the commonwealth and used to satisfy budgetary needs and general debt obligations that amount to close to $18 billion.

This decision came at the beginning of an omnibus hearing in San Juan that tackled a long list of disputes that have crowded the docket of Puerto Rico’s bankruptcy-like cases since restructuring began in May.  The legislation, enacted by Congress, controls how Puerto Rico must address a $74 billion public debt load and $49 billion in pension liabilities.

Judge Swain addressed several other issues on August 9. She turned down a request to reconstitute a committee established to represent retirees looking to maximize pension benefit recoveries. She also rejected an attempt to create an official committee to represent Puerto Rico’s 78 municipalities, finding that their interests are adequately represented by the standing committees.

With respect to the municipalities that moved for their own debtor-funded committee, Judge Swain observed that committees are only reserved for people, and the towns have not established that they are creditors.

The judge temporarily passed on deciding another fight over whether the territory’s general obligation bondholders can disturb the current makeup of the unsecured creditors committee and add some of their own members. Although the Wall Street investors and bond insurers have a prioritized lien, they argue that because the commonwealth and the federally appointed board overseeing the restructuring cases view them as unsecured creditors, they should have a right to be represented on the committee.

The White Law Group is investigating the liability that brokerage firms may have for improperly selling Puerto Rico COFINA Bonds.

If you suffered losses investing in Puerto Rico COFINA Bonds, the attorneys at The White Law Group may be able to help you recover your losses by filing a FINRA Arbitration claim against the brokerage firm that recommended the investment to you.

For a free consultation with one of the firm’s securities attorneys, please call (888) 637-5510. For more information on The White Law Group, visit www.WhiteSecuritiesLaw.com.