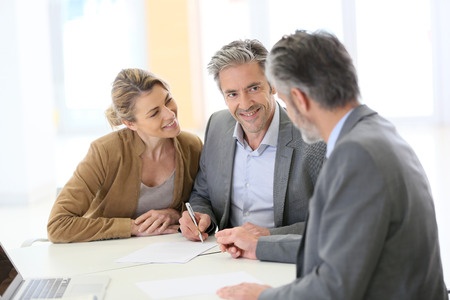 In the lawsuit the family alleges a Wells Fargo advisor engaged in churning life insurance contracts, profiting himself and his employer with $597,000 in commissions and harming Webber, a widow who was reportedly an unsophisticated investor.

According to the lawsuit, Wells Fargo purchased insurance coverage with a $5 million face value when Webber sought a policy with a face value of only $1 to $2 million to protect her daughters from having to sell a farm under duress or at a reduced value to pay estate taxes if she died.

Wells Fargo allegedly recommended Webber purchase multiple policies during approximately 15-year period, including one with an annual premium of more than $145,000 a year, causing her to open a line of credit since she lacked the liquidity to make the payments.

According to the lawsuit, Wells Fargo received high commissions for the purchase, sale or conversion of numerous policies while they were unnecessary and offered very little benefit for Webber and her family.

Further, the life insurance policies for Webber purportedly just happened to coincide with the timing of incentive compensation for Wells Fargo agents, according to the allegations in the lawsuit.

The family’s lawsuit also alleges Wells Fargo reported an inflated value for her net worth, creating “a likelihood that the insurer would refuse to pay out on the policy if Shirley passed away while the policy was in place.”

This information is all publicly available and provided to you by the White Law Group. If you have questions or concerns regarding your investments with Wells Fargo and would like to speak with a securities attorney about your options, please call The White Law Group at 888-637-5510 for a free consultation.